Are you under capitalized or time-poor, but want to succeed in trading?

In this episode of Truth About FX, Walter reveals tricks for traders who don’t have much risk capital or have a hard time juggling work and trading. Perhaps you are a student but want to get into trading.

According to Walter, there’s a way. You will also learn how leaving everything behind can offer a valuable perspective. 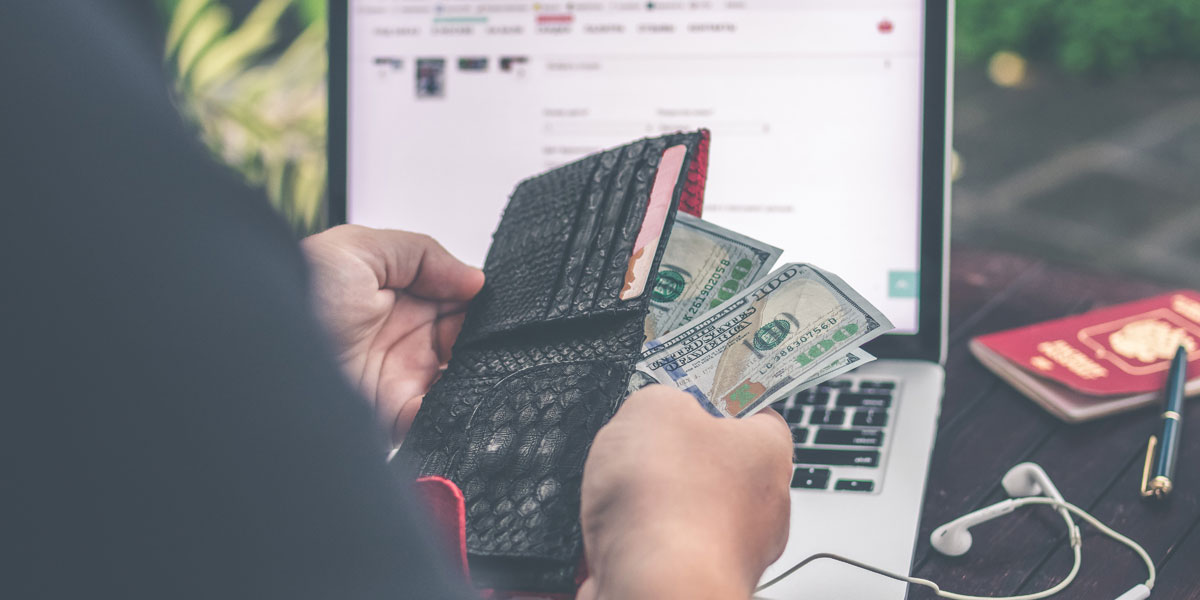 Hugh: Hi, Walter. A trader wrote in and this person says, “I’m undercapitalized. I have no strategy and I’m on my last years as a college student.” Meaning, I guess he’ll have to get a job and he won’t have time to necessarily learn trading. So, what should they do?

Walter: This person is on a great — and I mean brilliant — spot right now because imagine… I actually did this and I think I’ve mentioned it. I actually took a year’s “sabbatical” where I left everything, sold everything. Left my girlfriend, left my business, sold everything and I moved to Australia.

I just basically learned trading for a year. I’ve got all these books and all these sort of stuff. I’ve got these books from the interLibrary loan in Australia. They all knew me at the library.

They knew me quite well because I would come in there and order these books from the other side of Australia because they have all these weird trading books that no one wanted and a lot of libraries didn’t keep them but I was able to get all these books.

The library was so small, it was like an out house. If you’ll walk into this library, you’d laugh thinking it was like a toilet but it was a real library, just didn’t have so many books. I would go in there and get these stocks of like 13, 14 books a hit and just pour over them.

Also, the guy was a little bit of a scammer. He wants us to turn the accounts. He said, “Look, it doesn’t matter if you guys don’t make money in the accounts. Just keep them about and break even and take a lot of trades.”

He was really upset that I didn’t trade because that was right about that time they started figuring out that I could make it work on the higher time frames. He would get really upset at me because we’ve got paid on the number of trades we took.

We’ve got a very small percentage on the profits we made. Both of their money was made on the number of trades we took and I just thought it was a scam. I was very good anyway and he was like, “Oh no, come back.” I totally sucked but you know, you get the idea.

This is what I would do if I were you. I would go out, invest whatever you save your pennies, eat potatoes and bread for a couple of weeks, save your money and try to get Forex Tester.

We can link that up for you in the show notes if you want. Just see what it is. It’s a backtesting software. You don’t have to buy the high end one. You can get data from the internet for free.

I’ll actually link up a course on Forex Tester so you can see how it works. It’s a little bit corky. Go through the course and see how it works and decide whether you want to use them. I suggest that you do.

I suggest that you scour the internet. You can go to Hugh’s blog at “tradingheroes.com” or my blog at “fxjake.comforex/blog”. Those will be linked up in the show notes. See if you can find a system that makes sense to you.

Now, based on all that information, if you have a 100, 200 trades or whatever and you feel like this is a good strategy for you — maybe it won’t, you throw it away. You go to the next idea.

There’s a hint here: try changing up your exit. You might have the same exact entry but changing up the exit. You have the opportunity right now, over the next year, to build up your confidence as a trader simply by buying one thing, Forex Tester and then pulling your strategy from somewhere else on the internet from me, or from Hugh, or from whoever you want and honing on in that and getting really good at it. That’s what I would encourage you to do and then once you’ve done that, go to that risk calculator that I talked about. That’ll be linked up in the show notes.

What you want to do there is figure out how much you should be risking per trade if you’re using fixed ratio, position sizing which most traders do which is a fancy way of saying 1% per trade, 2% per trade, 1.3% or whatever.

That’s what I would encourage you to do. I think that’s a really great position to be in because maybe six, nine months from now, you’ll put up a small, little demo account of a 100 bucks, 50 bucks or whatever you can afford to lose.

Start building your confidence by trading real money because that’s totally different to Forex Tester and then see where you’re at. Reassess where you’re at from there. That’s what I would do.

I would encourage you to do that. Build up your confidence on a system you like, hone in on the risk management. Find out what percentage you should risk to avoid a drawdown of x percent.

Whatever that x is — 15, 20, 30% or whatever that number is — you want to avoid and then now, you’re in a position where you’re going to have hundreds of trades under your belt before you’ll ever touch a live account. That’s a really good spot to be.

Hugh: Cool. It’s always great when you can afford to take some time off and just concentrate on one thing. Right?

Walter: Yeah and that’s what he had or she has. I mean, this trader has this great opportunity right now. He doesn’t really see it and now you see it. This is a great opportunity. There’s so many people who have kids and jobs, mother-in-laws and all these things going on and they just can’t… They don’t have the time that you have.

You’re going to have time. I know you have to study and all that, do your course working and go to classes and all that and that’s true. But, you believe me, you have more time now than you’ll have once you’ll start working that. I was going to say that 9 to 5 but it’s probably more 7 to 7 type of job for a lot of people gets stuck to it after University.