Is Forex better than other markets like futures, options or stocks? In this episode, Walter breaks down the benefits and downsides of Forex trading so you can make an educated decision on which market is the best for you. 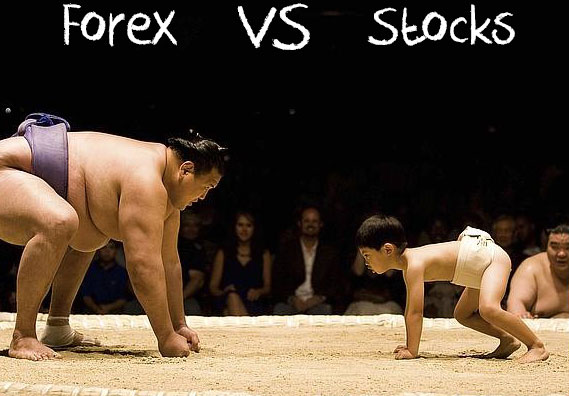 Hugh: Alright Walter, today’s question is: Why is forex a better market to trade than other markets?

Walter: Well, that’s a good point. I’m not sure that is, to be honest with you.

Walter: Here’s the thing – the pluses – about the forex is that it’s basically almost a 24 hour market. It’s like 20-22 hour market. You’ve got that interbank period when there’s nothing much going on, but basically you can trade around the clock.

The bad news is, you can trade around the clock. The reason why that’s bad news as you know is that if you’ve got a job, it’s really tempting to work your job for 10 hours then come home and trade for 5 hours. It can lead you to a life of sleep deprivation.

You can get cranky if you’re losing money. It’s just not really a nice way to live.

I used to do that from the Pacific time zone. It was really tough because I was trying to watch the London market. If you do that from the west coast time zone, what happens is you’re up in the middle of the night and you sleep during the days. It’s just really a tough way to do it.

In some ways, the market with the distinct open and close is better because you can be there. You know when the volumes are going to come in.

To a lesser degree, you know that in Forex you’ve got three opens:

That’s kind of nice but the only real advantage I think you have as a FX trader is typically you’re going to get better leverage than you would if you were trading stocks or futures. Typically, you can trade around the clock and you know, you’re not stuck.

If you live and work in New York, it’ll be tough for you to trade in the New York Stock Exchange if you have a job because by the time your job is over, most likely the Stock Exchange is closed.

Those are some advantages. Mostly it’s the leverage, the low barrier to entry. You can have a small account. The real temptation is to take advantage of that. Trade around the clock or at least watch the market around the clock. I think that for most traders, that is a mistake. That’s sort of my view.

Hugh: Well, another thing also is that, the transaction costs are so low in the Forex markets and in other places like the stock market. Even if you’re only like paying 7 bucks a trade, you know if you have a small account, that they can really eat into your account also.

Walter: Yeah, absolutely. It’s a great point. People forget about that. Even though the fact that the transaction cost have come down for the equity market, it’s still nothing like in Forex. It’s very very low.

Yeah, that’s a great point as well. It’s a low barrier to entry. You have high leverage, you have low transaction cost. You can trade. Essentially, you can enter trades around the clock so it doesn’t matter where you are in the world. There are a lot of really good things about it.

So that’s one temptation that we should be aware of.

Hugh: Yeah, totally. Well, thanks for the insights Walter.

EP2: Are All Forex Trading Education Sites a Scam?

EP4: Which Currency Pair is the Best to Trade?